Xi Jinping's acceleration of the shift towards an increasingly jingoistic Chinese foreign policy reflects a strengthening of Xi's position in China.

Throughout the past 12 months, Chinese foreign policy has changed course in an aggressive manner. China spread propaganda about Australian soldiers committing war crimes in the Middle East and lashed out after Australian criticism of China's COVID 19 response. The People's Liberation Army Air Force (PLAAF) flew sorties into Taiwanese airspace with some incursions numbering up to 28 aircraft, clearly seeking to incite a response. In the Himalayas, the Sino-Indian border conflict has escalated to a level to which Chinese and Indian troops are routinely involved in skirmishes with one another. China has also taken a hard-line stance against Hong Kong's democracy movement with the introduction of the 'National Security Law', a law drafted with a huge amount of ambiguity – allowing for the persecution of those who may hold the belief that Hong Kong should be separated from the PRC or who aren't completely loyal to the CCP. In addition, the United Kingdom was warned that it would "bear the consequences" for excluding Chinese telecom behemoth Huawei from its 5G network. 'Wolf warrior' diplomacy certainly appears to be replacing Deng Xiaoping's approach of "hide your strength, bide your time" under Xi Jinping, but why? 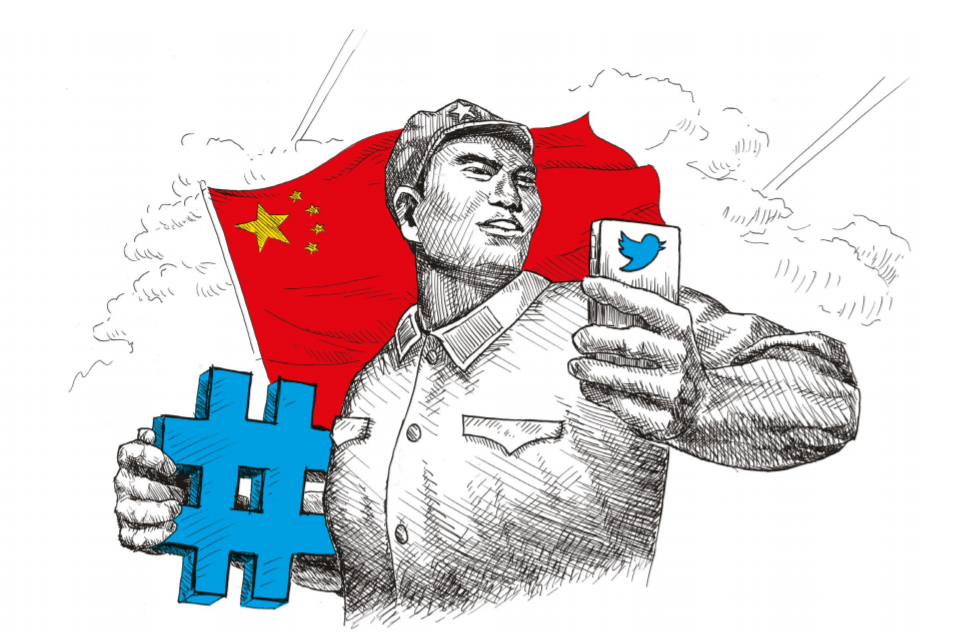 'Wolf warrior' diplomacy is nothing new. In fact, Chinese diplomats have oscillated between charming the international community and plainly bellicose rhetoric since the very foundation of the People's Republic of China. After the foundation of the PRC, Chinese diplomats had to find ways to represent a shady and paranoid regime and were thus generally very aggressive in their methods and tactics. In 1950, Time Magazine characterized the Chinese envoy's speech to the United Nations as "two awful hours of rasping vituperation" and in the 1960s it is reported that a Chinese diplomat wielded an axe outside of the Chinese diplomatic mission in London. Evidently, there has always been bitter episodes in Chinese foreign policy – however, it would appear that the aggressive approach that the Chinese Foreign Ministry has employed in the last couple of years is here to stay.

The COVID 19 pandemic, which originated in Wuhan, has fueled anti-Chinese sentiment throughout the globe and has led to a loose consensus on China being reached by the populations of the United States and other Western nations, across the political spectrum. For the Chinese, this is not good news. According to a Pew Research Centre report, views of China are more negative than ever before, with 85% of Swedes and 81% of Australians seeing China as a menace to international peace. This is a trend which can clearly be seen across the polling of populations from the 14 nations listed in the report. Of course, this has impacted policy making in those respective countries.

It has thus become increasingly popular in western nations for politicians to position themselves as anti-China stalwarts. During the 2020 U.S. presidential election, a key talking point was which candidate was 'tougher on China' and Joe Biden tried his best to act the part by declaring that he would form a 'united front' against Chinese aggression. President Biden has somewhat delivered on his campaign promises through the B3W project. The B3W (Build Back Better World) project which was recently discussed at the G7 summit in Cornwall is a prime example of a policy designed to combat China's assertive foreign policy. B3W attempts to provide a non-Chinese, American-led alternative to the Belt and Road Initiative, which has been interpreted in Beijing as yet another policy that is anti-China by design. The feeling that many new policy proposals are anti-China is one that is very common in the CCP and is stoking fears that China is under attack from all sides, and thus China must take a hard stance against the west. This feeling that China is being pushed down by the U.S. is one that evokes the memory of China's 'Century of Humiliation', which took place in the 1800s, when Britain, France, the U.S., and other colonial powers of the time took advantage of China's backwards systems of governance to extract huge concessions from the Chinese government and exploit the Chinese population. It is because of this exploitation that a huge wave of nationalism spread over China, culminating in the 'Forefather of the Revolution', Sun Yat Sen, developing his philosophy of 'Three Principles of the People' and sowing the first true seeds of revolution in China. The CCP and the Chinese people, thanks to the efforts of the CCP propaganda machine, are now under the illusion that China is once more at risk of being taken advantage of by the international community. 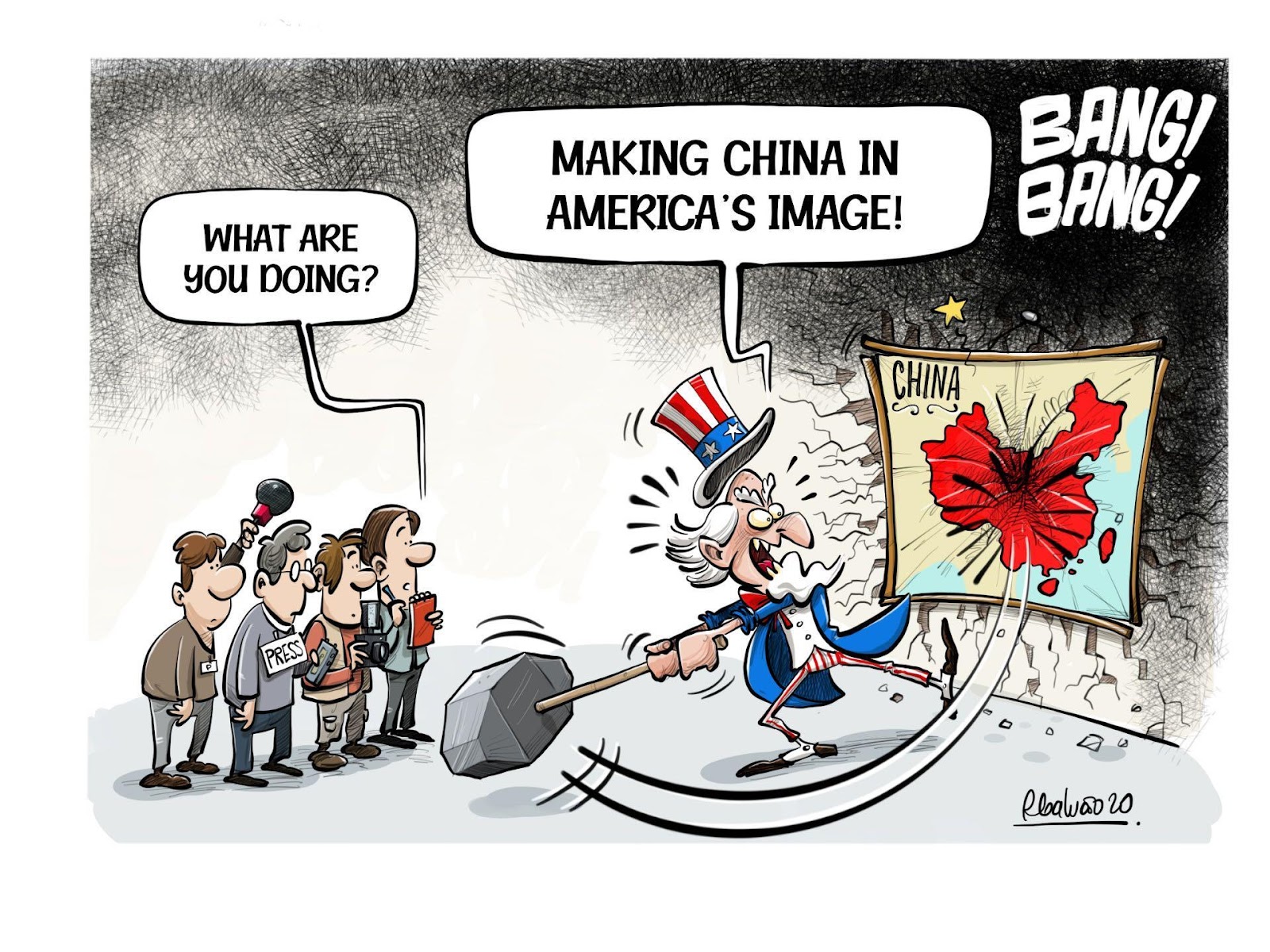 Therefore, we can see that to a certain extent the CCP's 'wolf warrior diplomacy' is a by-product of anti-China rhetoric become more common throughout western democracies as well as being caused by a wave of patriotic fervor that has spread over China because of other nations criticizing its motives and objectives. In addition, Xi Jinping's Central Propaganda Department has done its best to make links between current events and history that, to most Chinese, is traumatic to relive.

Throughout the 1980s and 90s, China sought to present itself as nothing more than economic opportunity to western nations and the U.S. To do this, China had to downplay its nationalistic tendencies and focus on concentrating all of its energy into providing the suitable incentives and a suitable economic atmosphere for foreign companies to drop anchor in China and attract the manufacturing industry. Many in the west predicted, as they always do, that economic development and enrichment will lead to a more liberal and democratic China, naively. Nationalists in China will agree that such 'lapdog' (as they would characterize it) behavior was necessary for China to flourish as it has in the last few decades and allow it to sustain high levels of economic growth year on year. However, now they see China as a country that is second only to the United States of America and can now rightfully take its place as one of the world's superpowers. The west lecturing China about its internal politics and issues are highly offensive to the Chinese, who believe that they have the authority to do just as they please, without the west employing sanctions. To the Chinese, such accusations are seen as highly hypocritical, especially considering all the complicated issues that western democracies need to face on a regular basis and their oft imperfect pasts. For instance, when China was confronted with the issue of the Uyghur Muslim genocide currently underway in Xinjiang at a Sino-U.S. summit in Alaska, U.S. Secretary of State Anthony Blinken was struck with a list of past injustices that took place in the United States, injustices that are arguably still present in the U.S. today. The U.S. imposed sanctions on China for its actions in Xinjiang province and China hit back, shocking the world with counter sanctions. Having past imperial powers lecturing China is something that the CCP simply will no longer tolerate. To them China is strong, China is powerful, and China is no longer beholden to the U.S. and its allies. China can stand alone if it must. 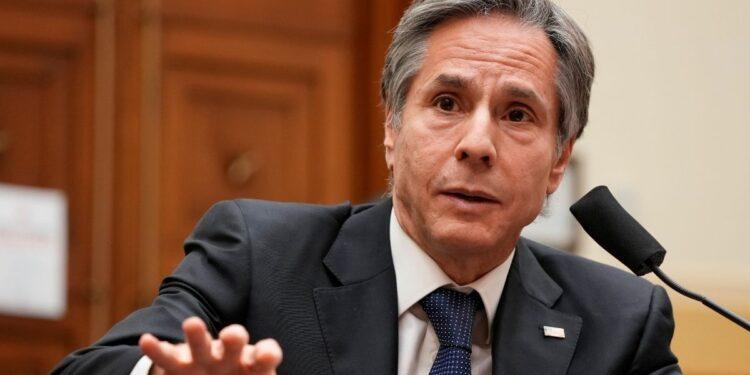 Anthony Blinken pictured during the Sino-American summit in Alaska

Beijing's assessment that the west entered a phase of accelerated decline in terms of its influence and economic power solidified after U.S. wars in Iraq and Afghanistan became catastrophic failures and the 2008 financial crisis struck. Xi does not have the time, however, to wait and see the west's power wane away, he wants to see China become the world's number one superpower in his lifetime (he is currently 68 years old). This is another reason why he has pushed for rapid change in language employed by the Chinese Foreign Ministry to a much more aggressive rhetoric, to suit the image that China is already on top of the food chain.

The strengthening of Xi Jinping's position within China has also contributed to the change in rhetoric employed by China's foreign ministry. It is not a new concept that when a strongman leader emerges within an authoritarian state, high-level government officials are pushed to display their loyalty to the party line as often as possible through both fear of removal from office or popular demand due to heightened nationalism. In Xi Jinping's China, where bureaucrats are afraid of being denounced for minor mistakes by underlings or being caught acting perhaps 'improperly' by the state's state of the art surveillance systems, this is the reality.

So, aggressive rhetoric, constant praising of the party's policies and echoing the propaganda of the state acts as a way to prove one's loyalty to Xi, thus safeguarding one's position within the CCP. However, this apparently simple blueprint for success in the CCP's foreign ministry has led to a worrying development. Competent bureaucrats of moderate temperament are being promoted at a much lower rate than their bombastic and jingoistic counterparts as the most important factor for success in the CCP is loyalty to Xi, with competence becoming less and less relevant.

This year, 2021, China has launched another 'rectification campaign' which is set to last one year and seeks: "removing the "herd-harming horses", purging "two-faced" men who are disloyal and dishonest to the Party, thorough investigation on providing protection to "black and evil influences", in-depth investigation on corruption in law enforcement and judicial agencies, and persistent corrupt conduct after the 18th Party Congress". Ever since Mao Zedong began this tradition, 'rectification' campaigns have been used to consolidate the head of state's position within the Chinese government by purging non-loyal or rather non-fanatical members of the CCP and as a by-product, intimidate others into holding the party line. When it comes to the foreign ministry, this new campaign will lead to increased pressure on diplomats to appear wholly invested in the party's objectives, much to the detriment of the quality of the messaging produced for a foreign audience.

On the July 9th, 2020, one of China's top diplomats, Wang Yi, accused U.S. foreign policy of being driven by 'McCarthy-Style Paranoia'. However, this type of paranoia is exactly what has been occurring in China, especially around the 100th anniversary of the Chinese Communist Party. The Chinese people, having been fed carefully crafted propaganda, have in many instances turned on China's diplomats for being 'too soft' or 'apologetic' in the language they use.

This opprobrium from below when combined with the pressures from above have led Chinese diplomats to becoming nothing more than mouthpieces for government propaganda on the international stage. Paranoia is leading to 'Wolf-warrior' tactics becoming the norm in China.