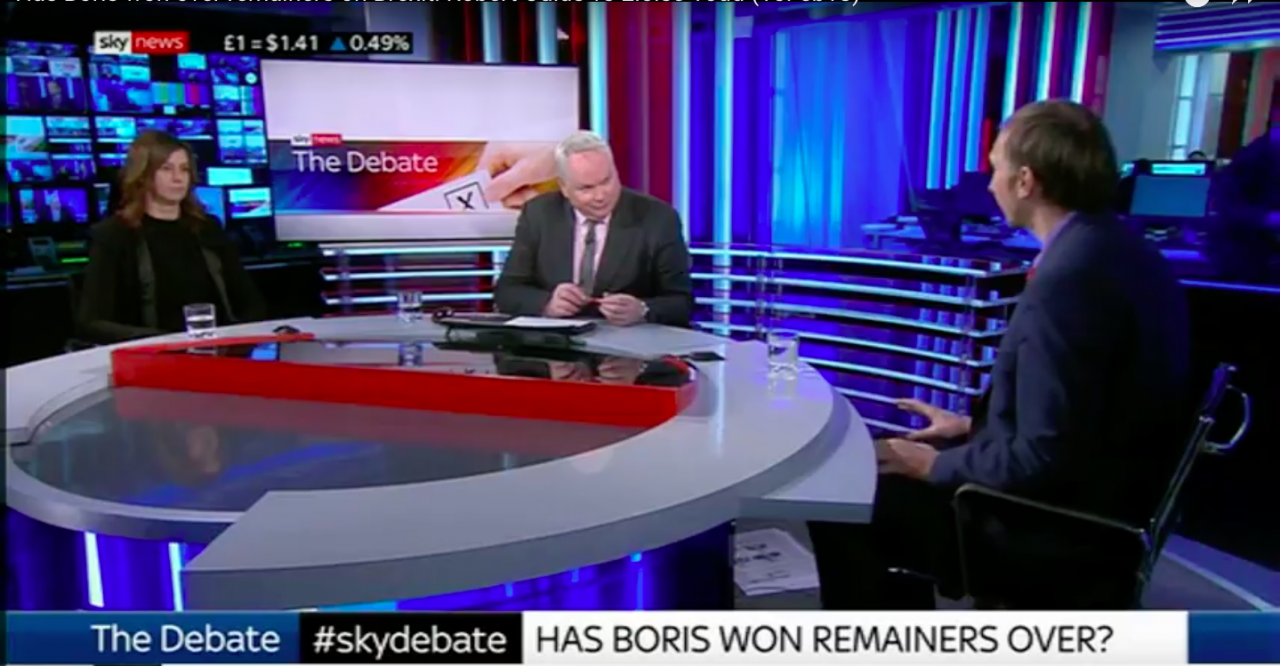 ​Bruges Group Director Robert Oulds appeared on Sky News today during the All Out Politics programme with Adam Boulton. In light of Boris Johnson's speech yesterday, 14th February, Mr Oulds debated Eloise Todd of Best for Britain on the economics of Brexit and the legitimacy of a second referendum. Describing Todd's warnings of a jobs exodus as "Project Fear 2.0," Oulds cited the rise in Britain's exports of goods and services in 2017 and the necessity of the City of London to the EU economy to illustrate Britain's favourable position.